On April 27th the web portal will be changing! Click here to learn more about what to expect and how to be prepared.   Learn More

Can you guess what these people have in common? The grower of the 5,000-pound cotton module heading to La Feria and the woman making a deposit at South Texas Federal Credit Union in Weslaco. A sugar cane grower, a VTX1 customer surfing the internet, and you turning on your washing machine. Yes, they are all cooperative members.

October is Co-op Month, honoring cooperatives that cover agriculture and art, finances and phones, and of course, your power from Magic Valley Electric Cooperative. Here are some glimpses of six Valley cooperatives.

Magic Valley Electric Cooperative, locally owned and locally governed, provides local decision making, which means members can count on a quick response when they have a concern, says John Herrera, MVEC General Manager. “People are able to pick up the phone and get to me and to folks in the Co-op they know in the community. They have a say in whether we are doing a good job.”

“Members have an investment in the Co-op. They know, at the end of day, if the Co-op makes margins (more revenue than expenses), those margins go to members,” Herrera says.

The cooperative principle, Concern for Community, is evident in the actions of individuals and MVEC. “Magic Valley employees reach into their own pockets and also donate their time to multiple nonprofits from local to international level,” he says. MVEC joins forces with electrical co-ops nationwide to offer strong benefit packages and resources to its employees.

Telephone cooperatives arose after 1946 and catered to electric co-op members who lived in places where telephone corporations were unwilling to provide service. In Willacy County, Dave Osborn says, a pregnant farmwife told her husband they needed to have a phone. Valley Telephone Cooperative in Raymondville was established in 1952; but by the time that co-op was financed, built and ready to begin providing service in 1957, that baby was ready for school, jokes Osborn, now VTX1 Companies CEO. 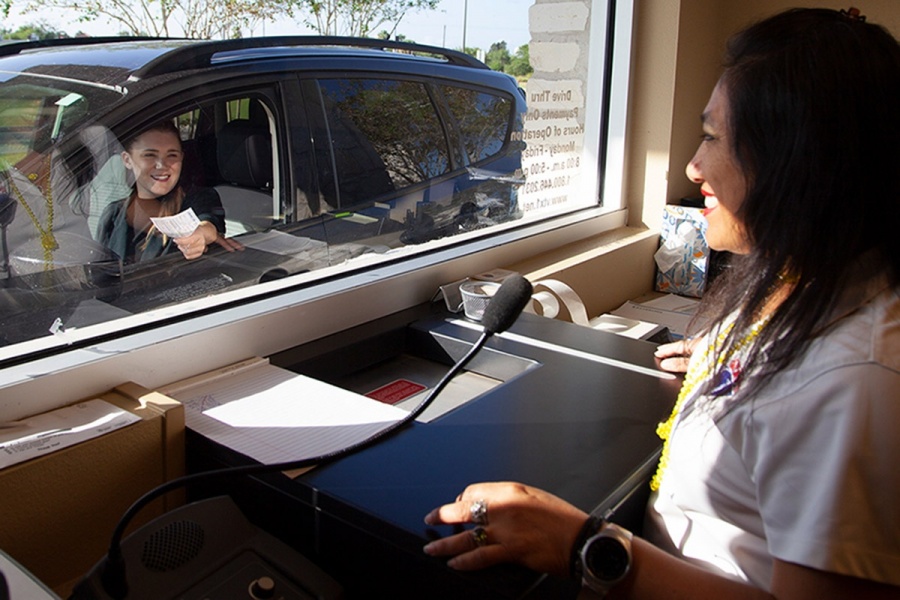 Today, party lines and rotary phones are history, and VTCI services 3,800 members across South Texas, from San Antonio to the Rio Grande Valley, for its phone and fixed wireless services. The co-op also owns VTX Communications, a for-profit company that has over 22,000 telephone, fiber and fixed wireless customers in South Texas, covering an area as large as Ohio. “New acquisitions are more cost efficient and more profitable for the co-op.”

“We’ve had people move to our service areas because we offer fiber service and are locally owned and operated. When they find out about capital credits, that’s a bonus,” Osborn says. “Being a non-profit means the pricing is better for our members.”

The cooperative concept of people helping people drew Erasmo Ramos to credit unions and his job as President/ CEO of Security First Credit Union. Founded in 1947, SFCU has over 45,000 members through its eight locations across Cameron, Starr, Willacy and Hidalgo counties.

“A co-op owner has one vote, regardless of how much they have on deposit. More and more people know about the benefits of credit unions. Nowadays they expect dividends to be paid.”

“Employees learn from day one that we are concerned about community,” says Ramos, an MVEC member. SFCU organizes a school supplies drive for each community it serves. A CEO and Members Forum encourages people to learn what’s going on and leads to products tailored to the membership. 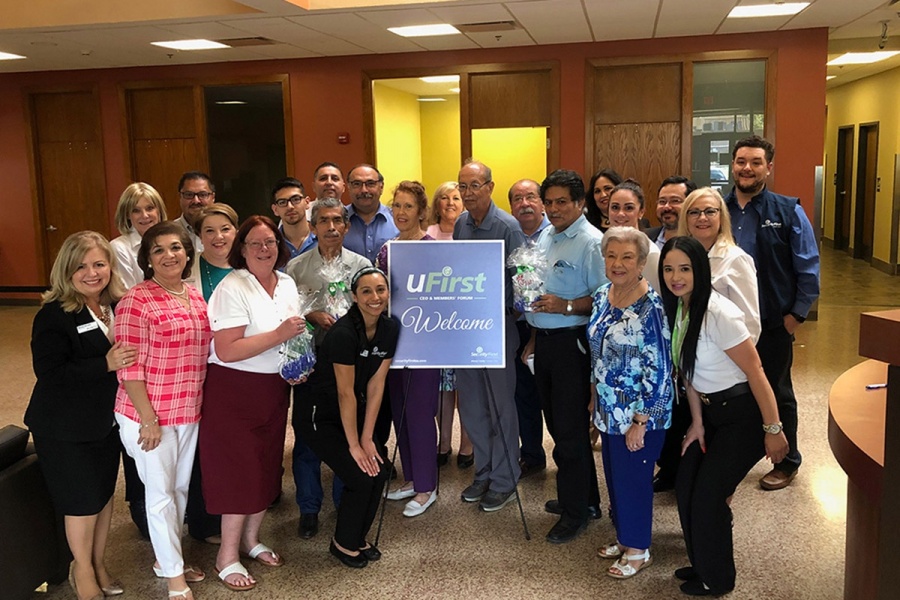 The 95 members of RGV Sugar Growers Inc. harvest between 30,000-48,000 acres each season, according to Dale Kerstetter, Environmental and Safety Director for the Santa Rosa cooperative, the only sugar mill in Texas.

Each member raises a sugar cane crop. Then the co-op steps in with its harvesting and trucking equipment. Co-op members receive partial payment at harvest. The balance, which might include dividends, is paid at season’s end and depends on the price of sugar and expenses.

The co-op sells more than sugar. The second product is blackstrap molasses (the liquid cane residue) which is sold as feed stock. The third product, surprisingly, is electricity. The sugar mill burns cane pulp (bagasse), which produces enough electricity to run the huge plant and to sell the excess back to the power grid.

With 525 employees on the payroll during the October to April season, the co-op has an annual payroll of $13 million.

La Feria Co-op is one of three co-op cotton gins in the Valley, according to General Manager Ed Landry. Founded in 1950, the gin’s members include grandsons of early members. Operating 24 hours a day from August through October, the co-op pays growers a dividend, or bale bonus, that depends on the price of cotton as well as trucking and ginning expenses. 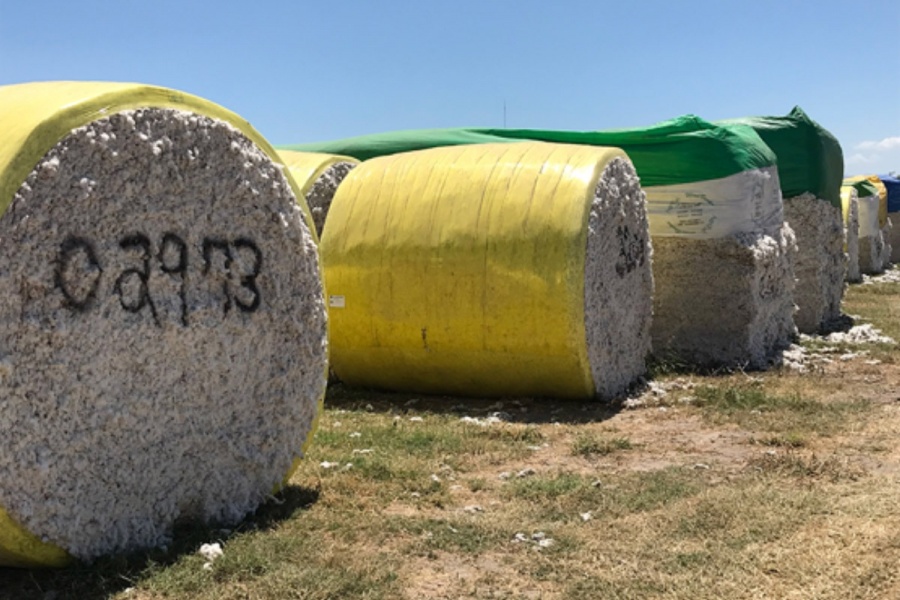 “This is a big year for Valley cotton. We’re all busy,” Landry says. “You can only process so much, even with bigger, faster, more efficient machinery.” That’s why you see colorfully wrapped round bales of cotton accumulating in fields next to the Valley’s nine remaining gins. Six are independent, like Ross Gin and Willamar Gin, both of which are MVEC members. Growers look for the best deal financially, and often a co-op provides that. 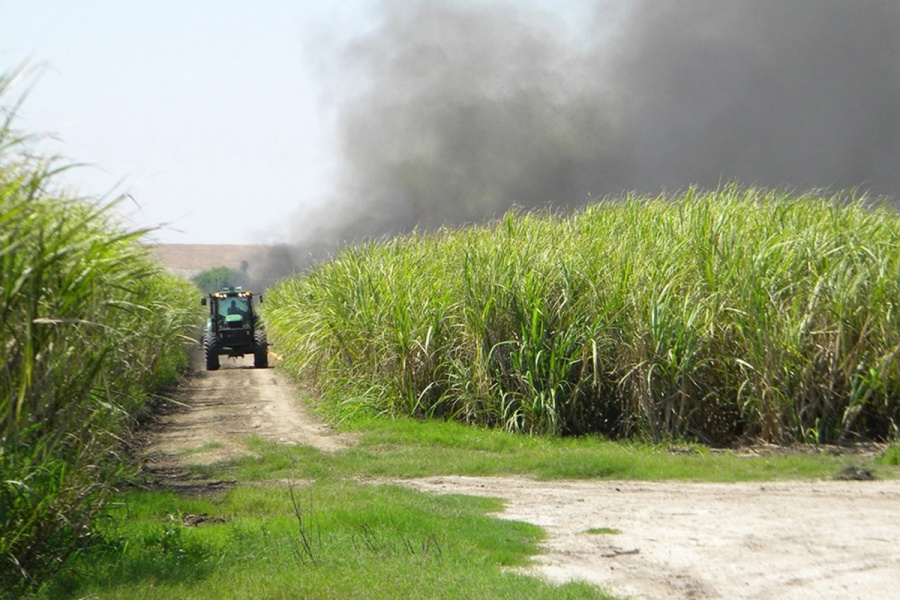 At South Texas Federal Credit Union, “you are more than a customer,” says CEO Gerardo Paz. As a cooperative, the credit union can offer lower rates on loans and lower fees on accounts as well as being allowed to distribute its profits to members. It also empowers staff to make decisions. “They have many opportunities for advancement and development,” he adds.

The credit union’s main membership is educators, so STFCU sponsors school sports events and academic competitions. “We are all about community, how we can work and contribute,” says Paz, an MVEC member. STFCU also partners with the RGV Low Cost Spay and Neuter Clinic in Weslaco and McAllen. The last event saw 400 pets vaccinated.

Cooperatives do much more than keep your lights on. They provide valuable services while acting out of concern for members, staff and the community at large. 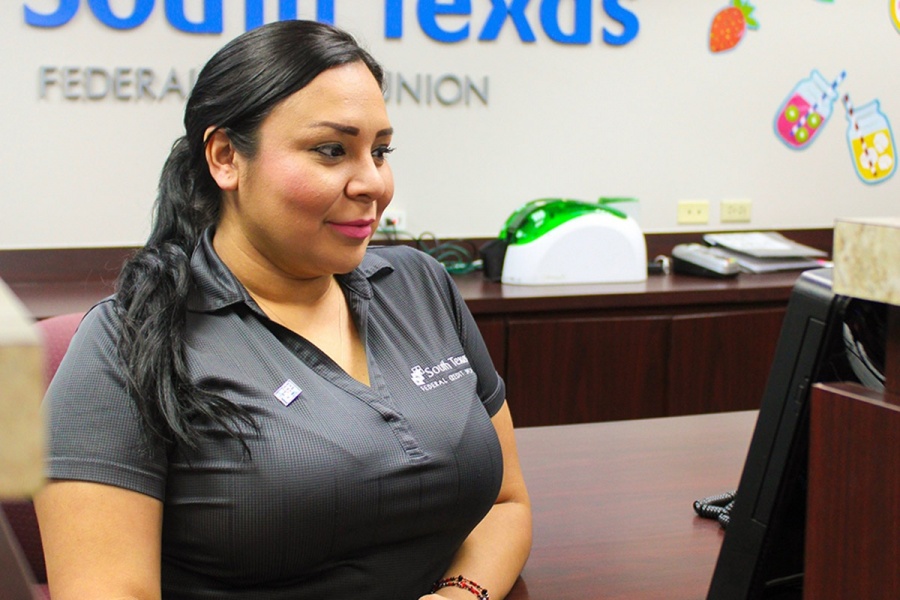 The health and safety of our members and our employees is MVEC’s primary focus. Cooperative leadership has been monitoring the COVID-19 (coronavirus) and decided that as of Wednesday, March 18 at 5:00 p.m. all office...

Helping Heal Hearts In the RGV

Be Aware of Summer Scams

You may have heard of imposters calling to demand that Magic Valley Electric Cooperative members make immediate payments to avoid having their power shut off. Scammers don’t take summer vacations, as several MVEC members can attest....

Magic Valley employees presented a check in the amount of $7,000 on Friday, June 28 to the RGV Down Syndrome Association. MVEC employees raised $3,250 through various fundraising activities at the Cooperative and received a matching...