The McAllen Ranch, one of the oldest continuously owned tracts of land in the United States and Texas, is now home to a new solar site owned by Los Faroles, LLC.

With the help of RP Construction Services, Inc. (RPCS), a California-based solar subcontractor and solar tracker installer, Statewide Renewable broke ground on the project in late May of 2018 and completed it in October of 2018. 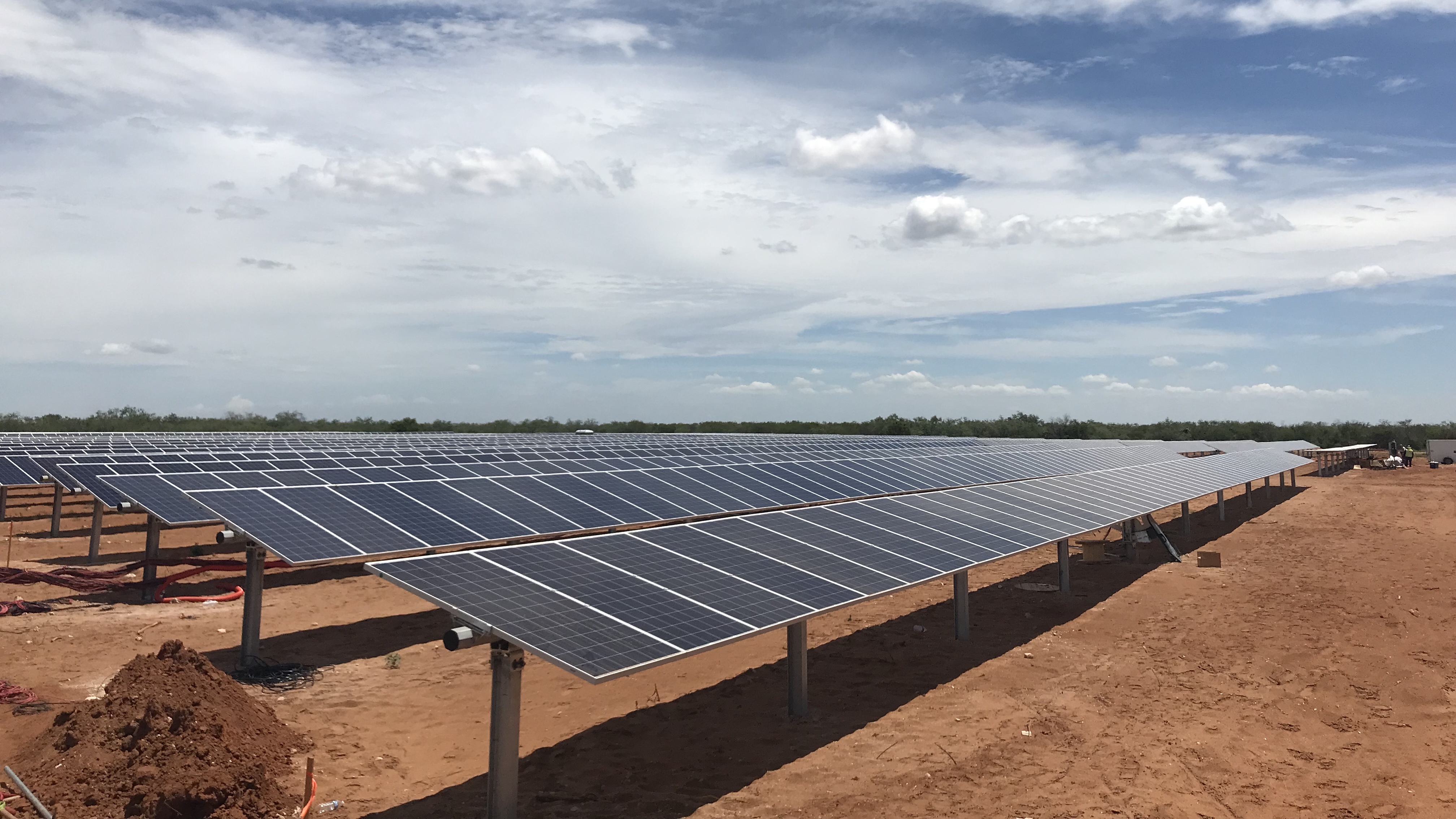 “We are always seeking for ways to diversify our energy portfolio” said John Herrera, Magic Valley’s General Manager. “Magic Valley is particularly interested in this project as a pilot. We want to engage renewables as a way to alleviate costs, hedge market volatility, and provide members with clean, renewable energy.”

Los Faroles solar facility features a 960 KW solar array with tracking capabilities. Power generated at this site will provide energy to approximately 150 homes. The array’s mounting technology keeps the modules following the sun on its course throughout the day, ensuring up to a 20% to 25% increase in energy production over fixed-tilt systems. The project’s solar trackers can deliver large amounts of energy late in the afternoon, when Magic Valley is battling high demand at peak hours.

After several months of construction, the system proved operational and monitoring shows it is producing just as designed. The site will not only help the McAllen Ranch with their goals, but also with those of Magic Valley and its members.

MVEC Employees, Along with CoBank, Donate $20,000 to Help MVEC Members

Magic Valley Electric Cooperative employees have stepped up to provide assistance to MVEC members who are experiencing financial hardships as a result of COVID-19. Through the MVEC Cares Program, Magic Valley employees were able to raise...

The health and safety of our members and our employees is MVEC’s primary focus. Cooperative leadership has been monitoring the COVID-19 (coronavirus) and decided that as of Wednesday, March 18 at 5:00 p.m. all office...

Can you guess what these people have in common? The grower of the 5,000-pound cotton module heading to La Feria and the woman making a deposit at South Texas Federal Credit Union in Weslaco. A...

Helping Heal Hearts In the RGV

Be Aware of Summer Scams

You may have heard of imposters calling to demand that Magic Valley Electric Cooperative members make immediate payments to avoid having their power shut off. Scammers don’t take summer vacations, as several MVEC members can attest....